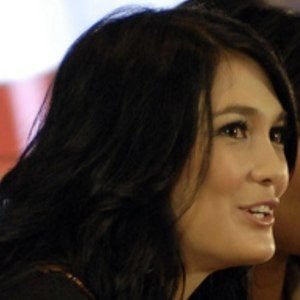 Indonesian soap opera actress and singer known for her roles in numerous television series and feature films. She is also the owner of Luna Habit, an online clothing store.

She started her career as a model and was in campaigns for Toschiba.

She has been nominated for over 50 music, film, and television awards, winning more than 30.

She dated Indonesian rockstar Ariel. He was arrested and sent to jail after leaking a sex tape of the two of them.

She acted alongside Indonesian-born leading man Aaron Aziz in the thriller Tembus.

Luna Maya Is A Member Of