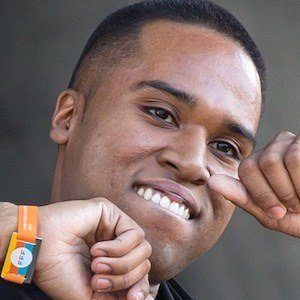 Canadian DJ who came to prominence as one half of the production duo TNGHT, whose debut self-titled EP earned widespread acclaim in 2012. As a solo act, he has remixed tracks by artists like Deerhunter and The xx.

Before music, he was a dancer who performed competitively for the 701 Squad. He played his first show as a DJ at Bass Culture in his hometown of Montréal, Québec.

His full name is Lunice Fermin Pierre II. His parents are Haitian and Filipino immigrants.

He joined forced with Hudson Mohawke to form TNGHT.

Lunice Is A Member Of