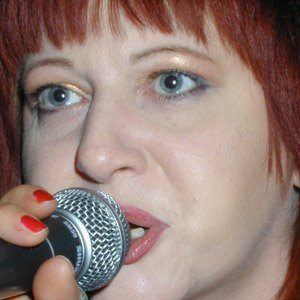 Pioneer of the New York No Wave scene who played with Teenage Jesus and the Jerks and Big Sexy Noise.

When she moved to New York City, she lived with a household of aspiring musicians and actors like Kitty Bruce.

She was noted as one of The Boston Phoenix's top ten most influential performers of the 1990s and is recognizable for her confrontational style of performing.

She was raised in Rochester, New York and she moved out when she was thirteen.

She has performed with the band Sonic Youth, alongside Kim Gordon.

Lydia Lunch Is A Member Of