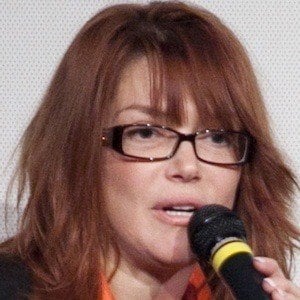 Canadian actress known for her roles as Rose Miller on the Republic of Doyle and Rachel Todd on You, Me, and the Kids. She also had roles in the movies Final Destination 2 and She's the Man.

She started acting in the late 1980s. Many of her early roles involved voice acting, including Project A-Ko, Camp Candy, and Street Fighter.

She was part of a band called The Blenders prior to establishing her acting career. She competed in the 2011 Royal St. John's Regatta.

She grew up in Vancouver, Canada.

She starred alongside Allan Hawco on the Republic of Doyle.

Another Cinderella Story
The Fast and the Furious: Tokyo Drift
The Age of Adaline
More