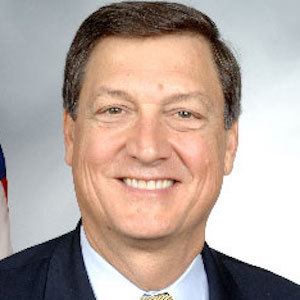 Republican politician who has represented Georgia's 3rd and 8th districts in the US House of Representatives.

He dropped out of Georgia State University o work in a family construction business in which he later became an executive.

He was only able to name three of the Ten Commandments when asked to list them by Stephen Colbert as a part of the talk show host's Better Know A District segment on his show The Colbert Report in 2006.

He has three children with his wife Joan.

He found himself in hot water in 2008 after calling Barack Obama and his wife Michelle "uppity", a pejorative historically used to describe African-Americans who have made economic, social, or political progress.

Lynn Westmoreland Is A Member Of