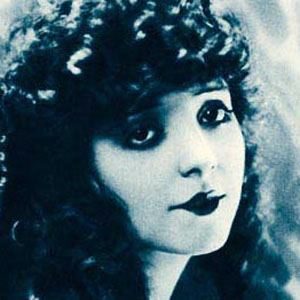 Hollywood leading lady who starred in 1920s silent films such as The Iron Horse and Lorna Doone.

She began acting at age five, and a decade later appeared in several Broadway productions, prompting at least one critic to call her The Most Beautiful Girl On Broadway.

She worked for several movie studios in the 1920s. She worked under some of the best-known producers and director of the age, including William Seiter, John Ford and Thomas Ince.

Her love affairs made headlines. In 1928, she married a Los Angeles stock broker only to divorce him four days later. In 1943, she was charged with assault for firing a gun at her ex-boyfriend.

She starred in 10 silent films including the 1932 horror classic, White Zombie, which co-starred Bela Lugosi.

Madge Bellamy Is A Member Of