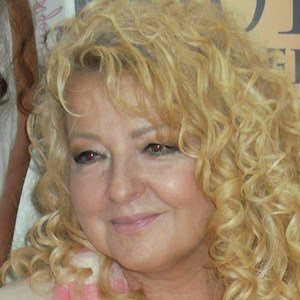 Polish restauranteur and reality star known as the face of Kuchenne Rewolucje, Poland's adaptation of Kitchen Nightmares. She can also be seen as a judge on the Polish MasterChef.

During the early 1970s, she moved to Madrid where she studied and graduated from the Academy of Fine Arts.

She owns a number of restaurants around Poland, including Polka, Kryształowa, and Zielnik Cafe.

Her father, Mirosław Ikonowicz, was a journalist, and her mother, Olga Borkowska, a chef. She and Polish-Canadian doctor Waldemar Kozerawski have two children, Tadeusz and Lara.

She stars in the Polish version of Kitchen Nightmares, the American version of which is hosted by Gordon Ramsay.

Magda Gessler Is A Member Of