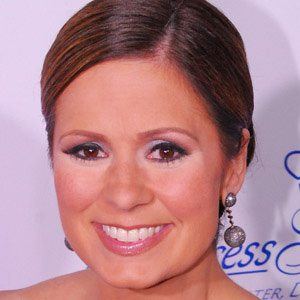 Broadcast journalist who co-anchored CBS's The Early Show from 2007-2010. She also worked for a Miami Univision station and for a Los Angeles KABC-TV news program.

She earned a degree in Spanish and broadcast journalism from the University of Miami and also studied briefly at Washington, D.C.'s American University.

She earned multiple Emmy Awards for her work in broadcast journalism.

She and her husband welcomed a daughter named Daniella in 2005 and a son named Michael in 2010.

She and Julie Chen both anchored the CBS Early Show.

Maggie Rodriguez Is A Member Of