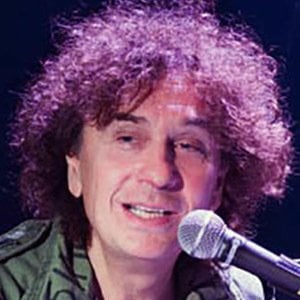 Swedish musical artist, actor and composer who made a name for himself as the lead singer of the hard rock band JUSO. The 1977 track "Jag skiter" went on to become one of his most successful solo singles.

He dropped his debut album titled Om Bobbo Viking in 1975.

He participated in the 2007 Melodifestivalen competition with the song "För kung och fosterland."

He married Louise Klyger in 1990. His daughters' names are Emelie and Agnes and his son's name is Ruben.

He was influenced musically by David Bowie, Marc Bolan and Alice Cooper.

Magnus Uggla Is A Member Of