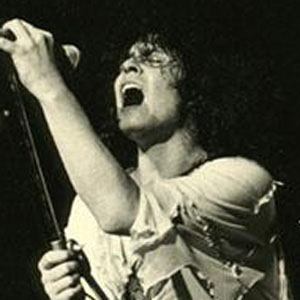 Founder of the glam rock group T. Rex who had a crossover hit in the U.S. called "Bang a Gong(Get It On)."

At age nine he got a guitar; he later got kicked out of school when he was fourteen.

A car accident ended his life when he was twenty-nine years old.

His mother Phyllis Winifred was Christian, and his father Simeon Feld was Jewish.

At the height of his success, T. Rex had sold more albums than Jimi Hendrix.

Marc Bolan Is A Member Of