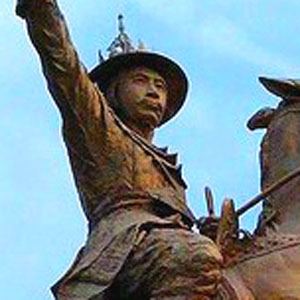 This Burmese national hero served during the 1820s as Commander of the Royal Burmese Armed Forces. He is particularly remembered for his heroic resistance to British rule and for his key role in the First Anglo-Burmese War.

Before beginning his military career, he was first a royal guard for Prince Thado Minsaw and later a governor.

A statue erected in his honor stands in Yangon, Burma.

His birth name was Maung Yit, and he and his two brothers and one sister grew up as the children of Pauk Taw and Nyein. His marriage to Shin Min Bu resulted in a child named Kyan Gy.

He and early 21st-century Burmese President Thein Sein both served as military commanders.

Maha Bandula Is A Member Of