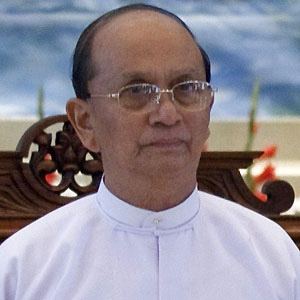 Former military commander who became the 8th President of Myanmar in 2011 after serving the country as it's Prime Minister from 2007 to 2011. He has also represented Zabuthiri in Parliament.

He graduated from the 9th intake of the Defence Services Academy with a Bachelor of Arts degree in 1968 before becoming a second lieutenant.

He was elected to be the Interim Prime Minister in 2007 when Soe Win was being treated for leukemia and he has made controversial statements about the Rohingya, an ethnic group that he has tried to have ejected from Myanmar.

He was born in a small town called Kyonku.

He and Aung San Suu Kyi are both Burmese politicians, though they stand on opposite sides of the political spectrum.

Thein Sein Is A Member Of