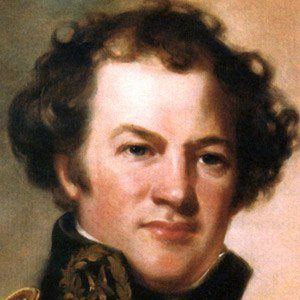 American general who served as Commanding General of the U.S. Army from 1828 to 1841. He served during the War of 1812 and was known as a hero of the Battle of Plattsburgh.

He joined his first militia when he was sixteen and the U.S. Army one year later.

After the War of 1812, he was promoted to Major General and received a Congressional Gold Medal.

He and his wife Catherine were buried in the Congressional Cemetery in Washington D.C.

Alexander Hamilton was the person who recommended him for service in the U.S. Army.

Alexander Macomb Is A Member Of