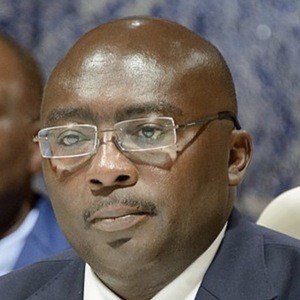 Ghanaian banker and former professor of economics known for being the New Patriotic Party's vice presidential candidate in 2008 and 2012. He ran with Nana Akufo-Addo, both times unsuccessfully.

He attended college abroad, first going to Buckingham University and Oxford College. He then went to Canada to study at Simon Frazer University, where he received his Ph.D in economics.

He was made a member of the Order of the Star of Ghana in 1999. Prior to entering politics, he worked at the Bank of Ghana.

He has four children with Samira Ramadan. His father spent time as the country's Chairman of the Council of State and helped found the Northern Peoples' Party.

Mahamudu Bawumia Is A Member Of