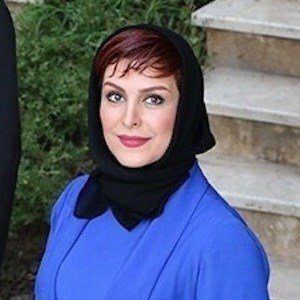 Film and television actress recognized for her roles in Death Is My Profession, The Network, and 2017's Wishbone.

One of her first acting roles was in the 2005 feature film Taleh.

In 2010, she appeared in the television series Dar Cheshm-e Baad.

Her mother, Parvin Soleimani, was also an actress. She married Ebrahim Ashrafi.

She is a successful Iranian actress much like Mahnaz Afshar.

Mahchehreh Khalili Is A Member Of