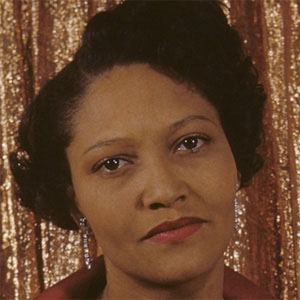 Cast as a black servant in Whatever Happened to Baby Jane?, she rewrote her stereotypical lines to make her character more dignified. She also appeared in Deep Are the Roots, Susan Slept Here, and Written on the Wind.

She began her career on the radio, appearing on The Jack Benny Program and Amos 'n' Andy.

After appearances in hundreds of movies and television shows, she was asked to teach a course on black acting at UCLA.

She was married twice and had one child.

Joan Crawford and Bette Davis starred with her in the the 1962 thriller Whatever Happened to Baby Jane?

Maidie Norman Is A Member Of