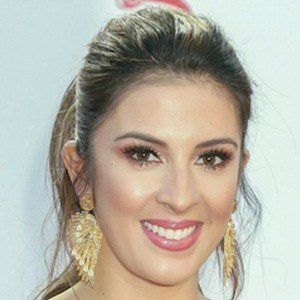 Entertainment journalist and producer known for her work on Univision's Despierta America program.

She graduated from North Carolina's Elon University in 2006.

She traveled to Brazil in 2013 to provide news coverage of the World Cup.

Born in Gainesville, Florida, she later settled in Miami.

While working for an entertainment program called Escandalo TV, she covered the Royal Wedding of Prince William and Catherine, Duchess of Cambridge.

Maity Interiano Is A Member Of