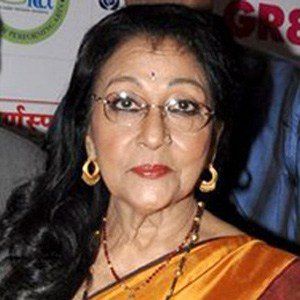 Leading actress who performed in more than one hundred productions, including Pyaasa and Himalaya Ki God Mein.

She acted in Bengali films as a child and was discovered by director Ardhendu Bose. He would eventually enable her film debut as the heroine in Roshanara.

She once sang for All India Radio.

She and Chidambar Prasad Lohani were married in 1968, and they raised one daughter together.

She and Rekha Thapa were both actresses born in Nepal.

Mala Sinha Is A Member Of