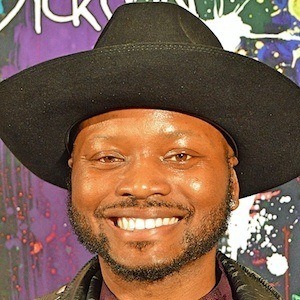 Became known for starring alongside his old friends on the Bravo reality television series Invite Only Cabo.

He met his Invite Only Cabo costar Larry Sims when both were fifteen years old and dancers. They tried to form a boy band together, though the band never took off.

The owner of Rich King Entertainment and Dream Element Music, he has produced and directed numerous short films and documentaries.

Other cast members on Invite Only Cabo include Agu Ukaogo and Jermane Britton.