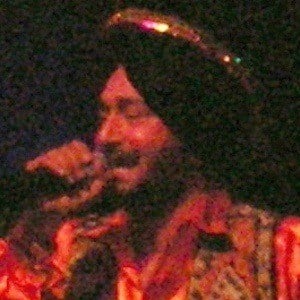 Known for songs such as "Jind Mahi," he sold more than five million albums during his multi-decade career and was, as of 2014, the most popular Bhangra solo artist of all time.

He released his first album, Nach Giddhe Vich, in 1986.

He was the first Punjabi singer to become a Member of the Most Excellent Order of the British Empire.

He married Harbans Kaur Singh and the couple had a daughter named Armdip Bhopari.

He was honored by Queen Elizabeth II.

Malkit Singh Is A Member Of