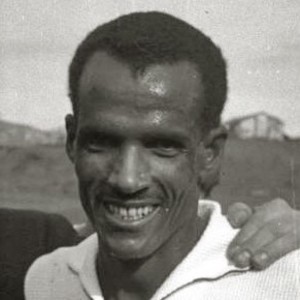 Ethiopian long-distance runner who won the marathon at the 1968 Summer Olympics in Mexico.

He enlisted in the Imperial Bodyguard in 1951 and journeyed to Korea as a peacekeeper in 1953, serving in that capacity until 1955.

He came in fourth in the infamous 10,000-meters competition at the 1964 Summer Olympics, which was won by the U.S.'s Billy Mills.

He was born into an Oromo family, a prominent, powerful ethnic group in Ethiopia.

His first Olympic competition was in 1956, but he was not in the 1960 games where Abebe Bikila became the first Ethiopian gold medalist.

Mamo Wolde Is A Member Of