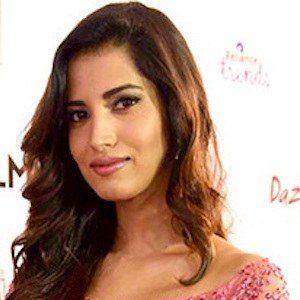 Actress and model who broke onto the Bollywood scene in 2014 with the role of Marina in the action comedy Action Jackson. She was previously crowned Miss Tourism International in 2008 and Femina Miss India 2010.

She went to school in Chandigarh and wrote for the school magazine.

She was a dancer growing up, receiving awards from the Shinchang Institute of Performing Arts and the Chandigarh Art Theatre.

Her parents grew up in Uttarakhand.

She was directed by Prabhu Deva in Action Jackson.

Manasvi Mamgai Is A Member Of