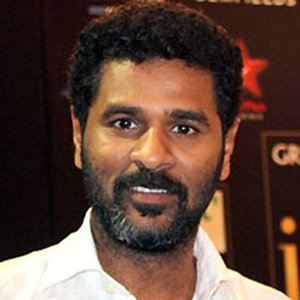 Bollywood actor and director of films in Telugu, Hind and Tamil, including the blockbuster Nuvvostanante Nenoddantana. Known as the Indian Michael Jackson, he has appeared in Wanted, Pokkiri, and Rowdy Rathore.

He started out as a choreographer, working on Vetri Vizha.

In the mid-2000s, he turned from acting to directing, and created popular titles such as Pokkiri and Wanted.

He was born into a Kannada family in Mysore, Karnataka, and grew up in Chennai. He was married to Ramlath from 1995 until 2011. Together they had three children.

He has won multiple National Best Choreographer Awards, and was dubbed the Indian Michael Jackson.

Prabhu Deva Is A Member Of