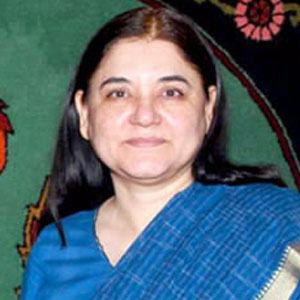 This Indian Bharatiya Janata Party politician served from 1999 until 2001 as Minister of Social Justice and Empowerment and also became a Minister of State, a Member of Parliament for the Pilibhit constituency, and a Union Minister for Women and Child Development.

In her younger years, she was a member of the Indian National Congress Party's Youth Congress. She went on to found a political journal titled Surya.

A prominent environmental and animal rights activist, she presided over the International Energy Globe Foundation and founded an organization called People for Animals.

Her marriage to fellow politician Sanjay Gandhi resulted in a son named who also had a career in politics.

Maneka Gandhi Is A Member Of