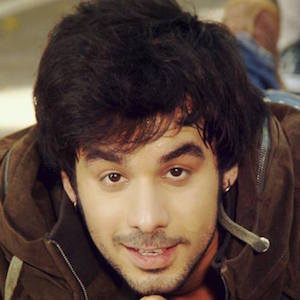 Indian actor who rocketed to fame in 2015 starring as Bihaan Pandey in the Colors TV series Thapki Pyar Ki.

He made his television debut in 2013 portraying leading character Rajbeer in Chorre Tera Gaon Bada Pyaara.

In 2016, he won the Best Debut Award at the Colors Golden Petal Awards for his role in Thapki Pyar Ki.

He has often posted photos of his mother on Instagram.

He starred in the show Chorre Tera Gaon Bada Pyaara, a show produced by Archana Taide and Ashish Sharma.

Manish Goplani Is A Member Of