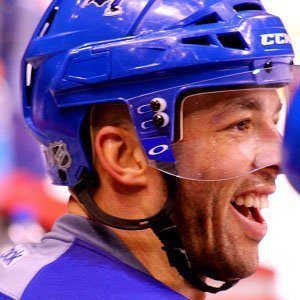 Hockey center best known for his stints with teams like the Columbus Blue Jackets, San Jose Sharks and Vancouver Canucks. He won a Calder Cup championship with the Hartford Wolf Pack in 2000.

He played minor hockey with the Mississauga Reps in the Metro Toronto Hockey League.

He won a bronze medal representing Canada at the 2000 World Junior Championships.

Both of his parents earned doctorates from Universite Laval in Quebec. His father worked as a chemist for Xerox.

He competed in the 2011 Stanley Cup Final alongside Canucks teammates Ryan Kesler.

Manny Malhotra Is A Member Of