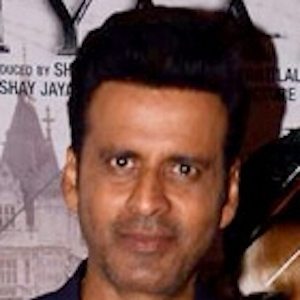 Award winning actor who has received acclaim for starring in films such as Gangs of Wasseypur, Aks, and Shool. Although he had his screen debut in 1989, he first garnered national attention for his part in Ram Gopal Varma's 1998 crime film Satya, playing the gangster Bhiku Mhatre.

He went to Khrist Raja High School in Bettiah, and graduated from Ramjas College with a history major. He went on to teach at Salaam Balak Trust in Delhi.

He wanted to be an actor since childhood, and had heard of the National School of Drama from actors since as Om Puri and Naseeruddin Shah. He was rejected by the school three times. On his fourth application, they offered him a teaching position instead.

He married the actress Shabana Raza (known as Neha) in 2006. They have one daughter together, Ava Nayla.

manoj bajpayee Is A Member Of