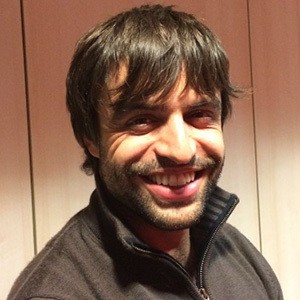 Musical director, performer and composer linked to Operación Triunfo since the beginning. He has won Chair Awards for musical composition for the shows Yo, ho, ell, ella ... i ... i Schönberg Webber ..., El somni de Mozart and What! The Nou Musical.

He began his career in 1987 while at the Municipal Conservatory of Music in Barcelona. He studied at the Liverpool Institute for Performing Arts.

He was a singer and musical director for the show Grease.

He was born Manuel Guix Tornos in Barcelona, Spain.

He acted as a coach for the show Operación Triunfo, a competition series that has been won by Amaia Romero, Rosa Lopez and others.

Manu Guix Is A Member Of