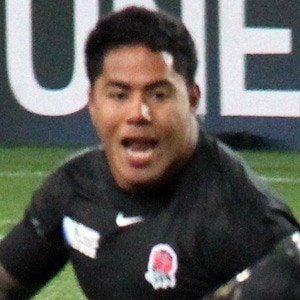 Samoan-born English professional rugby union player who became known as a centre and wing for the Leicester Tigers and England's national team.

He competed in the 2011 Rugby World Cup representing England.

He grew up with five brothers and they all went on to play rugby professionally.

His brother Alesana Tuilagi played on the Leicester Tigers from 2004 to 2012.

Manu Tuilagi Is A Member Of