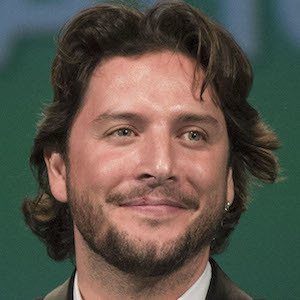 He grew up performing with a local group while working as a painter. He appeared on the second season of Operación Triunfo, where he finished in second.

He was born to Jose Carrasco and Maria Galloso and grew up with four siblings.

Manuel Carrasco Is A Member Of