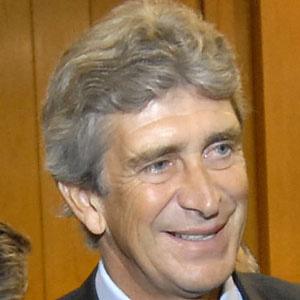 Former Chilean center back who spent his entire 13-year career with Universided de Chile while representing the Chilean national team. He became a manager after retirement, taking over the reigns of Manchester City in 2013 after three seasons with Malaga and one with Real Madrid.

He earned a degree in civil engineering from the Pontifical Catholic University of Chile in 1979.

He received his first managing role with the Universidad de Childe in 1988, two years after retiring from the game.

He married Carola Pucci. He has three sons: Juan, Nicolas, and Manuel.

He managed goalkeeper Iker Casillas for a season with Real Madrid.

Manuel Pellegrini Is A Member Of