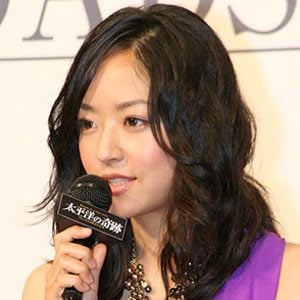 Japanese actress who starred as Makino Tsukushi in the manga series Hana Yori Dango, for which she won a Television Drama Academy Award in the Best Actress.

She started acting at age five and became popular in the television series Kids War from 1999 to 2003.

She graduated from Meiji University in 2009.

She grew up with her mother, who was very encouraging of her acting career.

Mao Inoue Is A Member Of