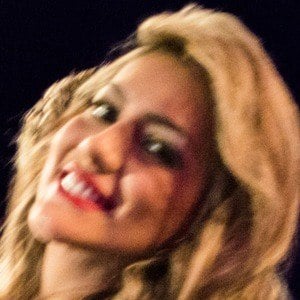 Actress who has risen to fame for her roles on Ecuadorian telenovelas and comedic TV, including as Selva on Ecuavisa's soap La taxiista. She subsequently starred on the sitcom El Combo Amarillo, and earned ITV Award for best comedic actress nominations each year between 2013-2015.

She trained in ballet. She later made her acting debut in 2005.

She starred on the comedic TV series The Happy Couple between 2009-2014. In 2018, she debuted on the popular telenovela Sharon la Hechicera.

She was previously romantically involved with Jonathan Becerra.

She and Samantha Grey have starred together on the Ecuadorian telenovela Sharon la Hechicera.

María Fernanda Ríos Is A Member Of