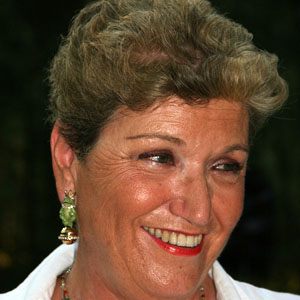 Italian record producer was who a judge on Italy's The X Factor. She released a dance single called "Fantastic" in 2011 that came in at #2 on the Italian singles chart.

She started out as a secretary at Ariston Records before moving to the Numero Uno record label.

She did not return for the 5th season of the X-factor.

She married songwriter Alberto Salerno and they had two daughters: Giulia and Camilla.

She produced the first three albums of Tiziano Ferro.

Mara Maionchi Is A Member Of