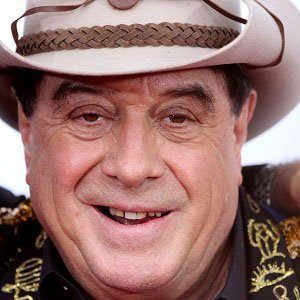 Influential Australian music journalist and producer who has produced hit singles like "The Real Thing" for Russell Morris. He wrote for the pop music publication Go-Set for nearly a decade before becoming the creator and host of the wildly popular music TV show Countdown.

He got his start in the music business as a roadie for the band The Groop.

His production of Russell Morris' "The Real Thing" cost $10,000, making it the most expensive single ever produced in Australia to that point.

His younger brother Brian is a former sports journalist. His youngest brother Robert is a director and actor.

He has been friends with Skyhooks guitarist Red Symons.

Molly Meldrum Is A Member Of