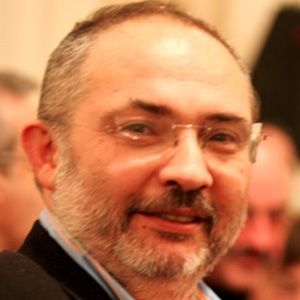 Entrepreneur who is predominantly recognized for having been an art collector and gallerist. He served as the director of the Perm Museum of Contemporary Art and opened the Guelman Gallery which was one of the 1st privately owned Russian contemporary art galleries.

He studied at the Moscow Electrotechnical Institute of Communications.

He served as the Deputy Director of Channel One in Russia.

He had a son named Igor Gelman-Zak.

His personal gallery hosted an exhibit by Andy Warhol.

Marat Gelman Is A Member Of