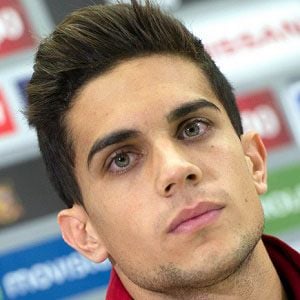 Center back who played for FC Barcelona from 2010 until 2016. He played for Borussia Dortmund for two years before joining Betis in 2018. He debuted for Spain's national team in 2013.

He joined Barcelona's youth system at age 11 and also spent three seasons on the club's B team.

He was raised with his twin brother, Eric. In 2015, he and girlfriend Melissa Jiménez welcomed a daughter named Gala.

He became teammates with world-class striker Lionel Messi on Barcelona in 2010.

Marc Bartra Is A Member Of