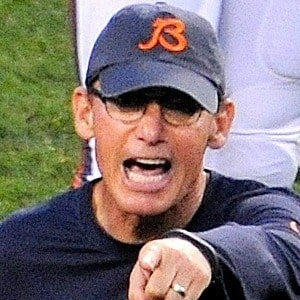 Football coach who served as head coach of the Chicago Bears from 2013 to 2014. He was then hired to become the offensive coordinator of the Baltimore Ravens in 2015.

He coached the Montreal Alouettes in the CFL for 5 years before his first head coaching NFL job with Chicago.

He worked as a quarterbacks coach for 7 different teams between 1985 and 2003.

He has two daughters, Sarah-Anne and Chloe, with his wife Cindy.

He succeeded Lovie Smith as coach of the Chicago Bears.

Marc Trestman Is A Member Of