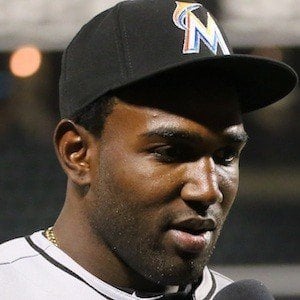 Left fielder who made his MLB debut in 2013 for the Miami Marlins. In 2018 he was traded to the St. Louis Cardinals.

The Marlins signed him as an amateur free agent in 2008.

He was born in Santo Domingo, Dominican Republic. He has one brother and two sisters. His cousin is MLB player Pablo Ozuna. He and his wife Genesis have three children.

He joined power-hitting right fielder Giancarlo Stanton on the Marlins in 2013.

Marcell Ozuna Is A Member Of