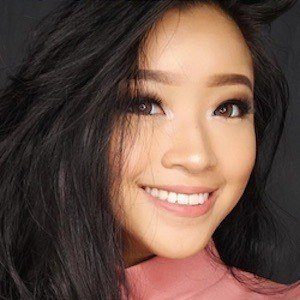 YouTube vlogger who is known for her Cindercella channel. She has gained popularity for her themed makeup tutorials, as well as personal vlog entries dealing with her everyday life.

She has amassed more than 330,000 subscribers to her YouTube channel since its beginning. She has also garnered more than 850,000 followers to her personal Instagram page.

She and fellow YouTuber Raye Boyce are both known for their themed makeup tutorials.