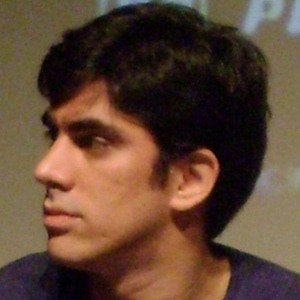 TV actor, comedian, and former video jockey. He's known for appearing on the programs Comédia MTV in 2010 and On Air: TV on TV since 2014. He also starred as Marco Polo in the comedy Party Crashers and Party Crashers 2.

He earned a Journalism degree from the Pontifical Catholic University of Rio de Janeiro.

He played Falácio Fausto in the comedy Tô Ryca! in 2016.

His parents are Chico Adnet and Regina Cocchiarale. He has a sister named Luiza.

He used to be married to the comedian Dani Calabresa.

Marcelo Adnet Is A Member Of