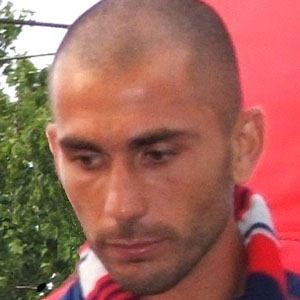 Italian striker who spent the bulk of his career in Italy's Serie A playing for such teams as Juventus and Parma.

He began his professional career with his hometown team Lazio in 1993.

He joined the Montreal Impact in the MLS in 2012.

He had two daughters named Sofia and Sara with his wife Malisa.

He played on the Italian national team alongside fellow striker Alberto Gilardino.

Marco Di Vaio Is A Member Of