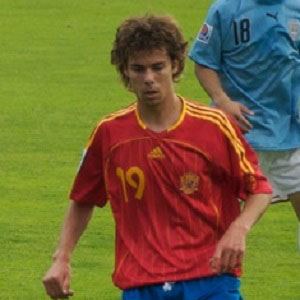 Midfielder also known as Marcos or Marquitos, played for Villarreal from 2006 to 2009 and joined Ponferradina in 2013.

He was born in Sant Antoni, Spain.

He was teammates with Santi Cazorla on Villarreal from 2007 to 2009.

Marcos García Barreno Is A Member Of