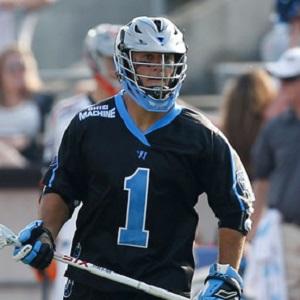 Professional lacrosse player who began his Major League Lacrosse career with the Ohio Machine in 2013. He was previously a phenom at the University of North Carolina, where he left as the school's all-time leading scorer.

In addition to being an outstanding lacrosse player, he was captain of his high school football team.

He was voted Most Valuable Player of the University of North Carolina Tarheels in 2011 and 2012.

His older brother, Matthew, also played lacrosse for the Tarheels.

He and MLL Rookie of the Year Rob Pannell both made their professional lacrosse debut in 2013.

Marcus Holman Is A Member Of