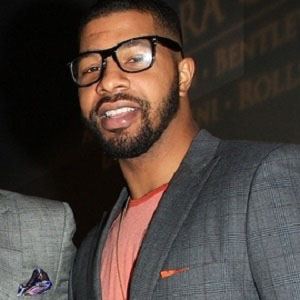 Forward who was selected 14th overall by the Houston Rockets in 2011. After two years with the Rockets, he went on to play for the Phoenix Suns, Detroit Pistons and Boston Celtics. He was named the 2010-11 Big 12 Player of the Year while starring for the University of Kansas Jayhawks.

He was rated as a four-star recruit by Rivals.com out of APEX Academy in Pennsauken, New Jersey.

Apart from Markieff, he has three other brothers named Donte, Blake and David. In July 2018, he welcomed a son named Marcus Jr.

He was named the opening day starter for the 2012-13 season by Houston Rockets coach and Hall of Famer Kevin McHale.

Marcus Morris Is A Member Of