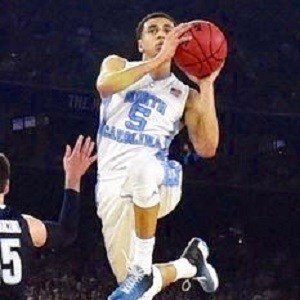 Versatile point guard who made his college debut in 2012 for the University of North Carolina. He helped lead the team to the NCAA championship game in 2016. He was taken 55th overall in the 2016 NBA Draft by the Brooklyn Nets, who then traded him to the Utah Jazz.

He attended Linn-Mar High School, where ESPN ranked him as the 22nd best recruit in his class.

In his junior year of high school, his team went undefeated, and won the state championship.

He was born in Cedar Rapids, Iowa.

At North Carolina he was coached by Roy Williams.

Marcus Paige Is A Member Of