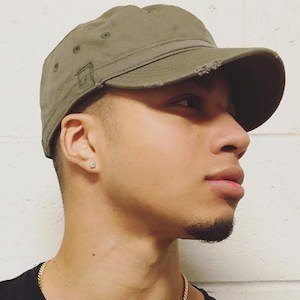 Instagram star who was also popular on Vine for his beatboxing skills. He has more than 1 million followers on Instagram, where he continues to upload beatboxing videos.

He began his Vine career in November of 2013 and immediately started posting beatboxing videos.

He is also known on social media as Markaaaay and Thatbeatboxerguy. He finished with more than 2.3 million followers on Vine.

His hometown is Los Angeles, California.

He posted a six-second beatbox cover of Drake's "Jungle" in February of 2015.

Marcus Perez Is A Member Of