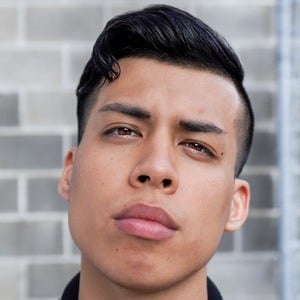 Beatboxer and TikTok creator with over 55 million followers on his spencerx account. He is known for his music with original sounds, produced tracks and comedic sketches. He has also released NFT's on the Waves Ducks platform.

He toured with bands, singers and rappers, performing at the Vans Warped Tour, Bumbershoot Festival and the 116th Street Festival.

His YouTube channel, where he posts beatbox challenges and tutorials, has amassed over 2.6 million subscribers and 137 million overall views. A Halloween post from 2021 featured him beatboxing in a clown costume from the movie It.

He was born and raised in Manhattan, New York. He has a younger sister named Gigi. His dad immigrated to the US from Ecuador.

He has collaborated with artists such as Alicia Keys, Marshmello and Sean Kingston.

Spencer X Is A Member Of