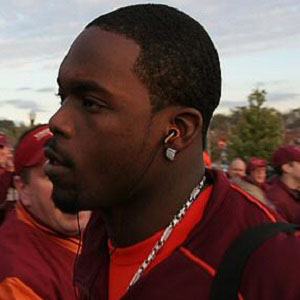 Former Virginia Tech quarterback who was kicked off the team as a result of unsportsmanlike play. He's they younger brother of star NFL quarterback Michael Vick.

He was one of the top football prospects in the nation during his senior year of high school.

He was sentenced in 2012 to 10 days in jail for contempt of court, another incident in a long string of legal troubles.

He was born to parents Brenda Vick and Michael Boddie and grew up with three siblings, Christina, Michael, and Derrius.

His older brother, Michael Vick, was drafted by the Atlanta Falcons in the 2001 NFL draft. He was signed by the Miami Dolphins in 2006, but played only one season.

Marcus Vick Is A Member Of