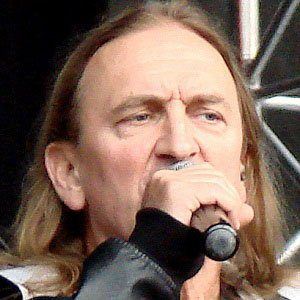 Famous for his membership in the Polish rock band TSA (also known as the Secret Society Abstynentow), this popular vocalist is also known for his 2009 solo album The Source, which rose to number thirty-five on the national Polish music chart. His albums with TSA include Heavy Metal World (1984) and 52 for Friends (1992).

He started singing professionally in the late 1960s and became the frontman of TSA in the early 1980s.

In the early 1990s, he recorded an album titled XES with the Polish band Balls' Power.

He was born and raised in Poznam, Poland, and he also lived and worked in New York City, U.S.A.

Marek Piekarczyk Is A Member Of